We like to host a variety of events at the winery.  From game nights to wine pairing dinners our unique events make us one of Wisconsin’s best wineries to visit.  Our events calendar is jam-packed with exciting events to fill your week with wine and fun. Select a day you are hoping to visit to see what’s happening or search in the keyword bar to look for cookie decorating classes, yoga, crafting, and other great experiences. 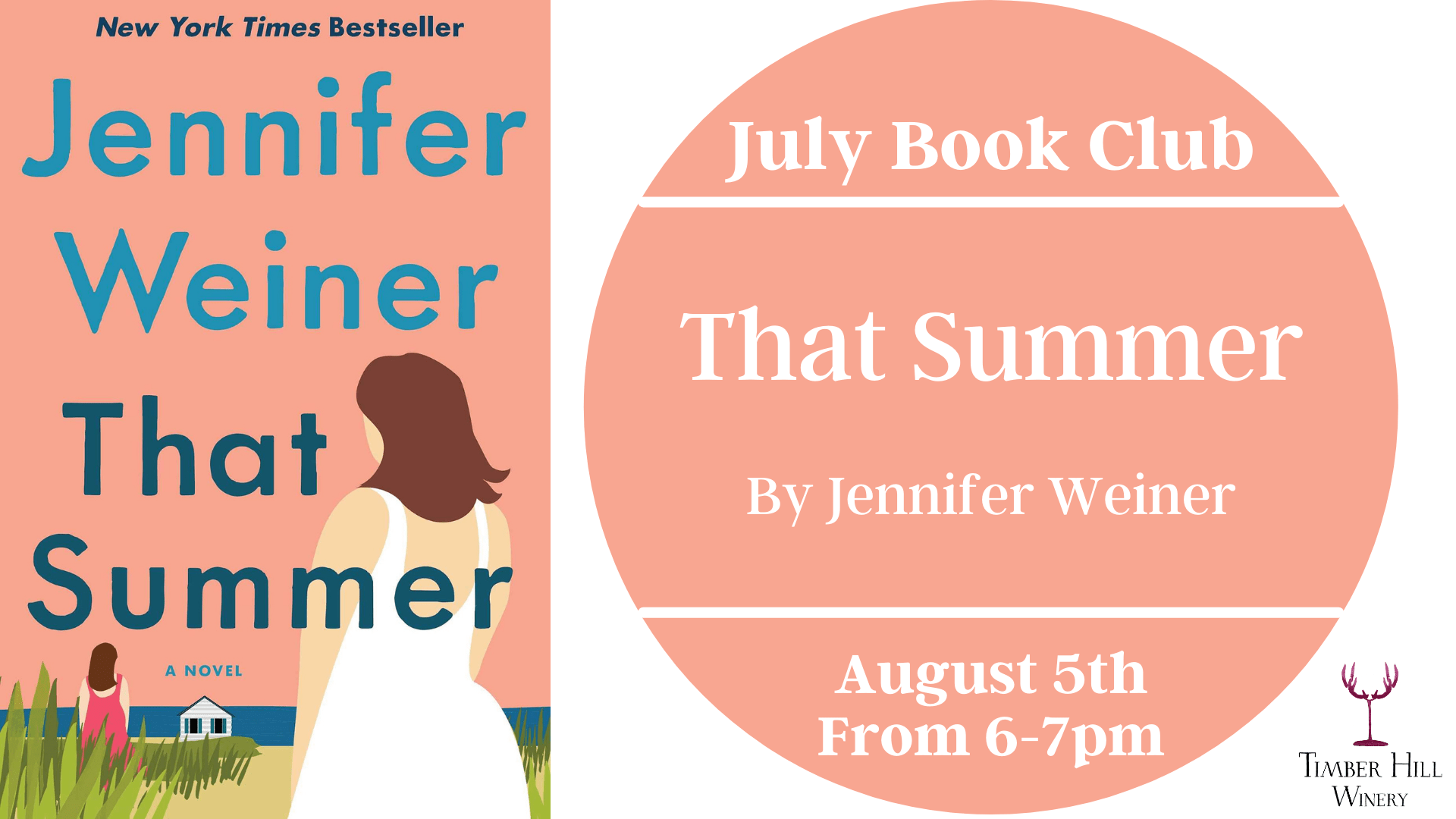 July’s book is That Summer by Jennifer Weiner! Join us August 5th to discuss this novel over a glass of wine!

Daisy Shoemaker can’t sleep. With a thriving cooking business, full schedule of volunteer work, and a beautiful home in the Philadelphia suburbs, she should be content. But her teenage daughter can be a handful, her husband can be distant, her work can feel trivial, and she has lots of acquaintances, but no real friends. Still, Daisy knows she’s got it good. So why is she up all night?

While Daisy tries to identify the root of her dissatisfaction, she’s also receiving misdirected emails meant for a woman named Diana Starling, whose email address is just one punctuation mark away from her own. While Daisy’s driving carpools, Diana is chairing meetings. While Daisy’s making dinner, Diana’s making plans to reorganize corporations. Diana’s glamorous, sophisticated, single-lady life is miles away from Daisy’s simpler existence. When an apology leads to an invitation, the two women meet and become friends. But, as they get closer, we learn that their connection was not completely accidental. Who IS this other woman, and what does she want with Daisy?

From the manicured Main Line of Philadelphia to the wild landscape of the Outer Cape, written with Jennifer Weiner’s signature wit and sharp observations, That Summer is a story about surviving our pasts, confronting our futures, and the sustaining bonds of friendship.

If you are looking for an event that is not listed on our calendar or have questions please send us an email at events@timberhillwinery.com.